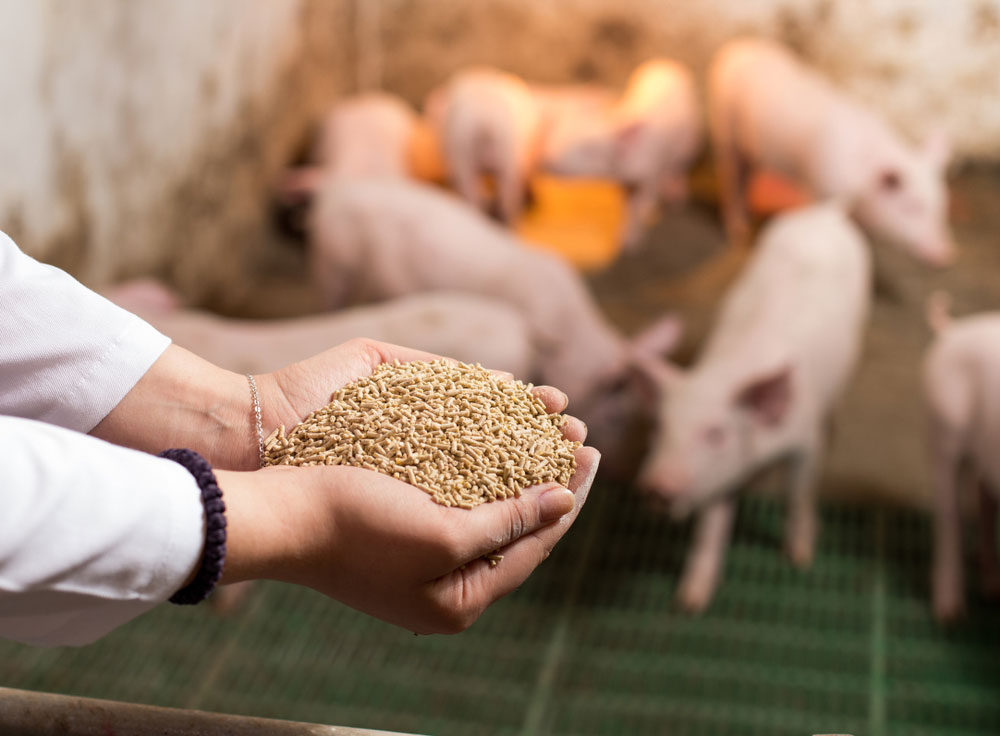 Posted at 17:27h in Technical articles by nuevoadmin

The particle size of ground grain or feed performs a critical role in determining feed digestibility, mixing performance, and pelleting efficiency and quality.

There is much discussion among farmers and consultants about reducing costs while preserving performance or improving it. The end point of most of these discussions ends up being closely related to feed conversion rate or feed formulation as relating to individual raw materials costs. As feed represents about 70 to 80 percent of overall production cost, it is not surprising that any factor associated with its efficiency of use and raw material makeup and costs should be at the heart of our attention.

In practical and real terms, cereals are the major energy source for pigs (and poultry), and to achieve their best utilization, the aim in the first instance is to mechanically reduce their particle size before they are offered to the animal. A reduced particle size of a grain increases its available surface area for the digestive enzymes to interact. This improves the nutritional value of the raw material by improving protein and energy digestibility, its mixing characteristics by reducing segregation with other ingredients in the mix, and the pelleting efficiency and pellet quality and durability.

Since all cereal grains will need to undergo some kind of processing (hammer mill or roller mill), why not spend some time monitoring the particle size and the particle size distribution of the end product and/or its component cereals depending on the final physical form (pellet or meal) offered to the pig? And do remember, too fine a particle size is also something to avoid.

First, let’s discuss how exactly particle size is defined. In simple terms, feed particle size refers to the average mean diameter of individual particles of feed or simply the fineness of grind of the feed. The average geometric particle size (dgw) as well as the geometric standard deviation (Sgw) is being estimated using equations available in several articles, but personally I prefer to use the Pfost and Headley equations (Pfost, H. and V. Headley, 1976, Methods of determining and expressing particle size).

Wi = weight fraction at the sieve 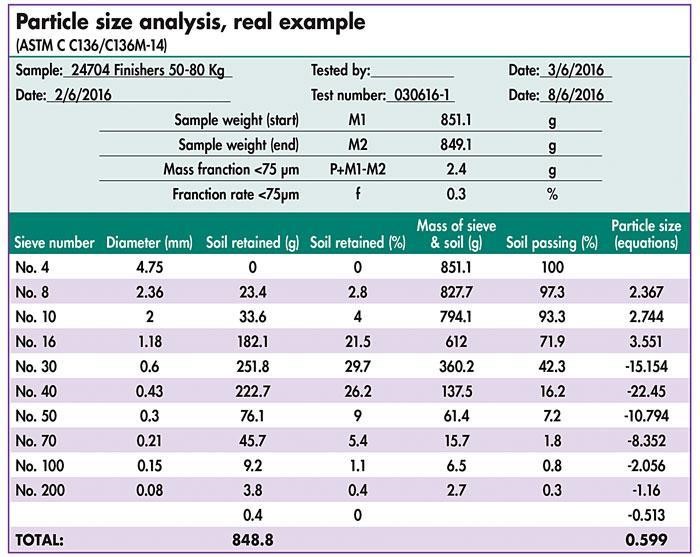 Not all types of grains require the same approach

Although the basic principles in terms of optimizing the grinding process are the same for every ingredient processed and can be summarized to the motto “grinding should produce a uniform feed size and optimal particle size distribution,” not all raw materials should be treated the same way.

Plenty of literature and field trials demonstrate that grains rich in fiber like barley can significantly improve their feeding value when more finely grinded. The consensus of research data suggests sizes of below 700 microns for ideal feed utilization and daily gain for fiber rich raw materials.

On the other hand, other cereal grains rich in proteins such as soft and hard wheat, which tend to become floury when excessively ground, should be differently processed targeting a coarser size of 800-850 microns.

Pig performance is associated with many factors related to feed such as type and quality of grains, feed manufacturing process, heat processing (hydrothermal or other) and grinding equipment (hammer mill screen, tip speed, etc.). It is well-accepted that within reason and not at the extreme that the finer the feed is, the better the performance for the finishing pigs. But what we also have to remember is that in addition to the particle size (which is a common marker very well-known and accepted from the majority of home mixers and feed producers), particle size distribution is of equal importance.

Trials done with finishing pigs fed a corn-soybean meal-based diet (either in meal or pellet form) with the corn milled to particle sizes of 1,000, 800, 600 or 400 microns resulted in 5 percent greater ADG and 7 percent greater grain/feed between the two extremes.

On the other hand, reducing particle size increased electrical energy required for milling and decreased milling production rates, especially as particle size was decreased from 600 to 400 microns.

On a commercial basis, all the above could be interpreted to dgw of 600-700 microns and Sgw of 1.5-2.0. I am always referring to the desired average particle size for all type of feeds, as it is quite uncommon and definitely unpractical for small scale farms to produce feeds according to the type of animal they are intended. These goals should be enough to achieve the optimal feed utilization and therefore best economical result.

Nevertheless, we should not overlook the fact that nutrient digestibility needs to be maximized in the finishing phase, and from that point of view the finer the finishing feed is the better the financial outcome. Again, grinding your finishing feeds down to 500-600 microns should be the ideal for mash diets, even though quite often and in order to improve pellet quality lower sizes are used. Special attention should be given to gastric ulcers as the physical form of the feed (size) increases their incidence. Levels of not less than 500 microns are suggested in cases where ulcerations have occurred.

In conclusion, literature would suggest to finely grind the mixed feed to save money, but that is where practicality comes into play. From a nutritionists’ perspective, creating programs solely based on literature might sound correct but then the producer has to determine what is applicable in his system. That is why it is critical for all people involved with nutrition to work within systems and not try to make a square peg fit in a round hole.