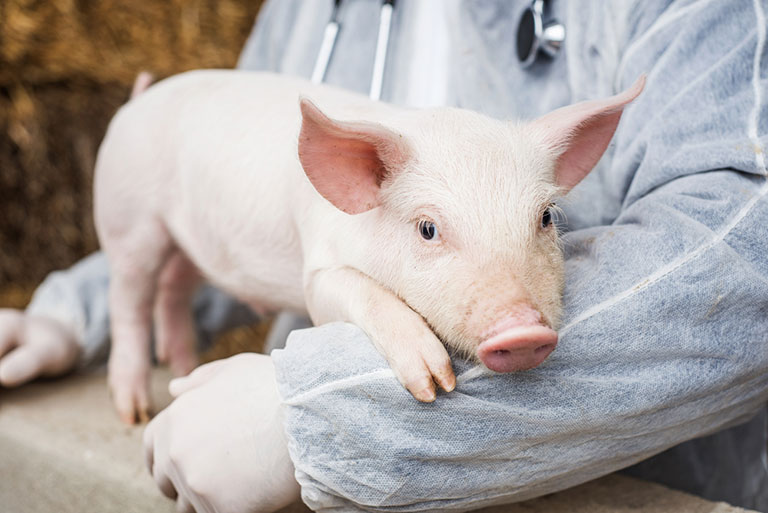 Posted at 17:21h in Technical articles by nuevoadmin

Threonine is an amino acid essential for growth, but also for the proper functioning of the immune system. This latter function requires further understanding.

Today in feed formulations the term ideal amino acid profile is universally understood and used to describe the optimal pattern of essential amino acids that meets the maintenance and production requirements of the animal. The desirable and targeted amino acid profile differs, of course, depending on the targeted production function: maintenance, protein deposition, milk production, etc. This is also affected by genetics, the age of the pig, feed intake, feed composition and health.

Against this nutritional need of an ideal amino acid profile for achieving desired performance, it helps to specify and further explain the term limiting amino acid when evaluating pig formulas. In my opinion, the simplest way to describe and understand what a limiting amino acid nutritionally translates to is to think backwards…that is if a feed is inadequate in an essential amino acid, then the protein synthesis cannot proceed beyond the rate at which that amino acid is available.

It is very well documented that threonine is the second limiting essential amino acid in pig diets. Its role in protein synthesis is indisputable, but of equal importance is also its involvement in gut health, particularly during immune challenges.

It is of great importance to understand that animals can only reach maximum performance levels if they have a functional immune system as well as being farmed in a high health status environment. Realistically speaking, the latter is quite rare in commercial pig farms where a clinical or sub-clinical level of a challenge (disease) is frequently encountered. During these challenging periods, inevitably a significant portion of specific dietary nutrients will end up being used to support the immunity response of the animal instead of growth.

In addition to the above, threonine is very important for mucin synthesis. Like immunoglobulins, mucins are globular glycoproteins that contain high quantities of threonine and are secreted along the gut wall. Their main role is to protect the gut wall from injury and, as such, any pathological or abnormal cause that increases mucus secretion will positively influence threonine endogenous losses and hence will negatively affect growth and feed efficiency.

Before moving to the more practical part of feed formulation, I would like to stress that in my opinion the importance of threonine in pig diets (always referring to commercial level formulas) has been overlooked over the last years. This is due to the following reasons:

1. A lack of understanding by nutritionists and other people involved in feed formulation and feed manufacturing of the metabolism of threonine and its metabolic role beyond growth.
2. An erroneous assumption that corn-soya diets can be adequate in threonine. This might appear common knowledge, but it is not so in less technologically advanced markets.
3. The high price of the feed-grade form of the amino acid and the continuing pressure for lower feed cost.

A balanced feed for piglets, growing pigs and finishing pigs should be characterized by a SID threonine to lysine ratio of 63, 65 and 67, respectively. Indeed, several literature references report that the optimal ratio increases with the animals’ age and body weight. It should also not be overlooked that it is of critical importance for the accurate estimation of threonine requirements to take into account the sanitary conditions, the inclusion (or not) in the diet of growth promoters and the genetics of the animal.  All these factors may increase the demand for threonine for functions other than growth.

With the above in mind, the question that arises for all us involved in feed formulation is, how closely do we estimate the threonine requirements when formulating pig diets, and how often do we take into account the threonine metabolic losses that might well compromise the dietary supply available for growth?