For the livestock industry, the challenge is to produce more food with less resources. More than ever before, it is necessary/vital for the Agriculture and Food system to shift from a linear model to a circular model in the years to come; but this transition requires fundamental changes in our economic business models and supply chains as well as a mind shift and a change in behavior.
The goal of the circular economy model is to minimize the losses and waste caused by production, and to keep materials, and the value inherent to them, circulating for as long as possible.

NUEVO is the first and only company in Greece which is a member of the European Former Foodstuff Processors Association EFFPA (European Former Foodstuff Processors Association, www.effpa.eu). Former foodstuff processors play an important role in connecting the food and feed industry at food manufacturing level. The members of the Association follow the “no more food waste” EU policy and are specialized in collecting, transporting and processing surplus food safely.

For more information on the alternative use of surplus foods, press here.

The first production processing line of former foodstuffs in Greece

At the end of March 2015, the company launched the first production processing line of former foodstuffs in Greece (Surplus Food Project) and, since then, it has entered into partnerships with some of the country’s largest food industries. We provide food producers with a consistent outlet for their inconsistent flow of food losses and compound feed manufacturers with a non-land using, energy-rich alternative to grains. We process food surpluses into animal feed of high nutritional value by complying with European Commission regulations, EU policy framework on food security as well as the national legislation, thus contributing to the reduction of food waste. 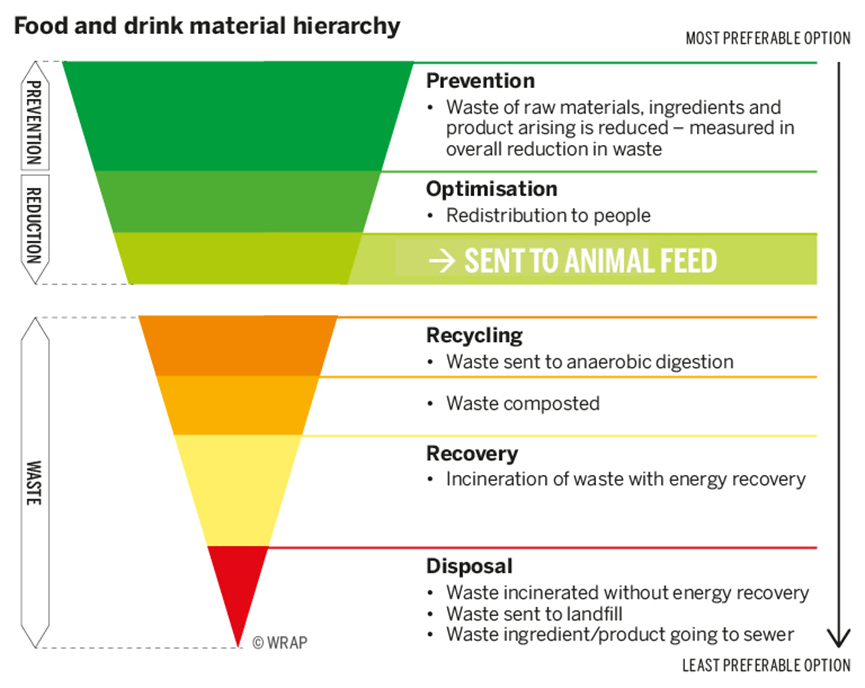