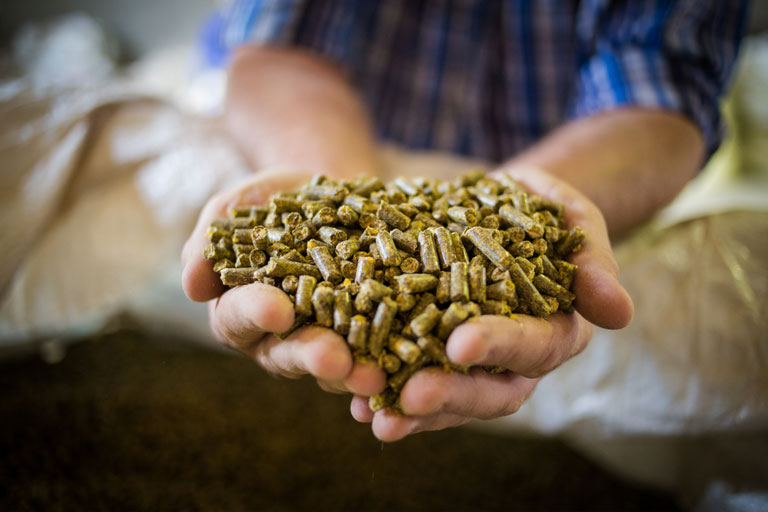 Posted at 16:56h in Technical articles by nuevoadmin

The great impact of the breeding boar on-farm productivity is very often an overlooked topic that deserves and should receive more attention.

Any factor related to the nutrition or management of breeding boars that can have a positive impact on the boar’s production results is of great interest and should be studied extensively. This applies not only in the case of artificial insemination (AI) stud farms, but also to each single farm using boars for semen collection or natural service.

What is unfortunately a common practice in commercial farms is that boars are often kept in poor hygiene conditions, in pens without appropriate design or enough space, without room-temperature control and usually without a properly formulated feed targeted at the specific biological purpose of the production of a large volume of high quality sperm cells.

Focusing on nutrition and normal farm practices, one fact that should be noted from the onset is that the boar’s libido, unlike sperm production, cannot be easily manipulated (up or down) by changing the protein and energy dietary levels of the feed. Despite the fact that this area needs to be further studied and analyzed, currently it is well accepted that only prolonged conditions of over or under-feeding and therefore extreme cases of body condition can negatively impair the libido of the boar.

Breeding, however, is remarkably controlled by the thyroid gland, and its function and many cases of lack of libido have been reported when a decrease in the thyroid function was observed. This needs particular attention, especially if certain anti-nutritional factors, such as glucosinolates (which are present in rapeseed meal at varied levels depending on the variety and are known for their ability to hinder the iodine fixation to the thyroid gland), are present in the feed. Iodine supplementation is suggested at levels of 750-1,000 mg/ton to help avoid any malfunction of the thyroid gland, and in the case of use of rapeseed meal, only varieties with extremely low levels of glucosinates (single or double zero cultivars) should be used.

One issue that is not related to nutrient specifications but is strongly associated with final nutrient availability and should be given great attention is the in-feed presence of mycotoxins in general, and zearalenone in particular.

Mycotoxins may negatively affect the boar’s libido through their action on reducing testosterone production and apparently reduced testosterone blood concentration. To this end, using mycotoxin-free cereals is the best strategy, whereas adding an appropriate anti-mycotoxin agent is a second one.

In contrast with libido, there is plenty of scientific research that shows that protein, and more particularly the amino acids lysine and methionine + cystine, play a very important role in sperm production. In particular, the sulphur-containing amino acids (methionine and

cystine) affect the secretory activity of the epididymis, thus enhancing significantly sperm volume. This effect is more evident in intensively used boars, where sperm production has been shown to be positively influenced when extra protein and, specifically, when extra methionine was added to the diet.

In addition to protein, we should by no means ignore the fact that adequate energy intake is also crucial for optimal sperm production.

When reporting on sperm quality the most widely researched minerals are zinc and selenium.

With zinc, it is well-established that this mineral is directly involved in both the process of spermatogenesis and the maturation progress of the Leydig cells. It is advisable to supplement the diet with 100-120 mg/Kg of zinc, and, according to some research reports, part of it in a chelate form in order to avoid any interactions with other minerals, which will at the same time improve its digestibility and utilization.

Dietary selenium, apart from its role as an antioxidant, influences sperm cells development and therefore the sperm motility. According to certain scientific research reports and on-farm trials, boars fed organic selenium-supplemented diets (200 mg from organic form and 200 mg from sodium selenite per Kg of feed) produced greater volumes of sperm with higher levels of vitality and mobility.